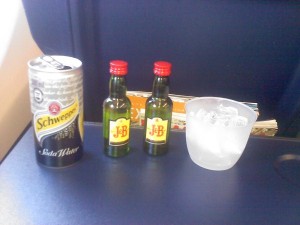 A scotch double! Haha. This is and always will be in honor of my “Great” Uncle for everything he has ever taught me and also for him and his wife (my aunt) opening the doors to the Dark Continent for me. Cheers!

So off I go, on another great adventure in Africa. Every trip starts with a healthy dose of anxiety, not knowing what exactly will come of it. As I previously mentioned a while back, I quit my good paying computer animation job with a blind leap of faith, escaping the corporate world of desks and florescent lighting in exchange for sunlight, pure clean well water and the most revitalizing clean air you have ever had the pleasure to breath. I’m not sure exactly where all of this is taking me, but this time, I had prior experience under my belt. I was ready.

So I am now an integral part of Namibia Safari Corporation. Jaco (pronounced Yack-Oh) is the owner and the big boss man. He is the PH who guided my first African safari right here where I am now. Things have come full circle.

Once I returned from my South African experience the next biggest fork in the road for my life was going to be the Las Vegas Safari Club International convention at Mandalay Bay. It was a few months out, I came home in mid November and the show was in February. I was casually looking for employment in my previous field but somehow I just knew that the doors would either shut or be opened for Africa once I attended the convention. Should I go back to my deadly commute and 9 to 5 grind or see if I should continue my adventures abroad? That was the question.

February finally came. Once in Vegas, knowing that Jaco would be there with a booth of his own I knew for reasons beyond me that he was the only person I needed to talk to in that entire convention full of thousands of people. My prior trip to this convention up in Reno (2013) I was trying to talk to as many people as possible just to see who would accept me as an apprentice so I could learn the ways of the industry. This time it was not that way at all. I was confidently locked on to exactly what I must do.

Once I found Jaco’s booth I said hello to him with great excitement and we got caught up on what has been happening the last few years. I didn’t mention or hint at the least to him that I was interested in going back to Africa and assisting another hunting operation. After a few minutes of talking he told me that it was interesting that I had been previously apprenticing in South Africa because he was actually looking for a some extra help on his property. I played it cool and heard him out without saying much to him at that time, but we agreed that we would go out for a drink one of the coming nights to discuss things. The rest is history. Here I am a few weeks into my trip already.

Now, once again, here is my office…
(CLICK PHOTOS TO DISPLAY A LARGER IMAGE) 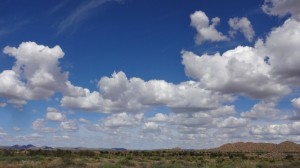