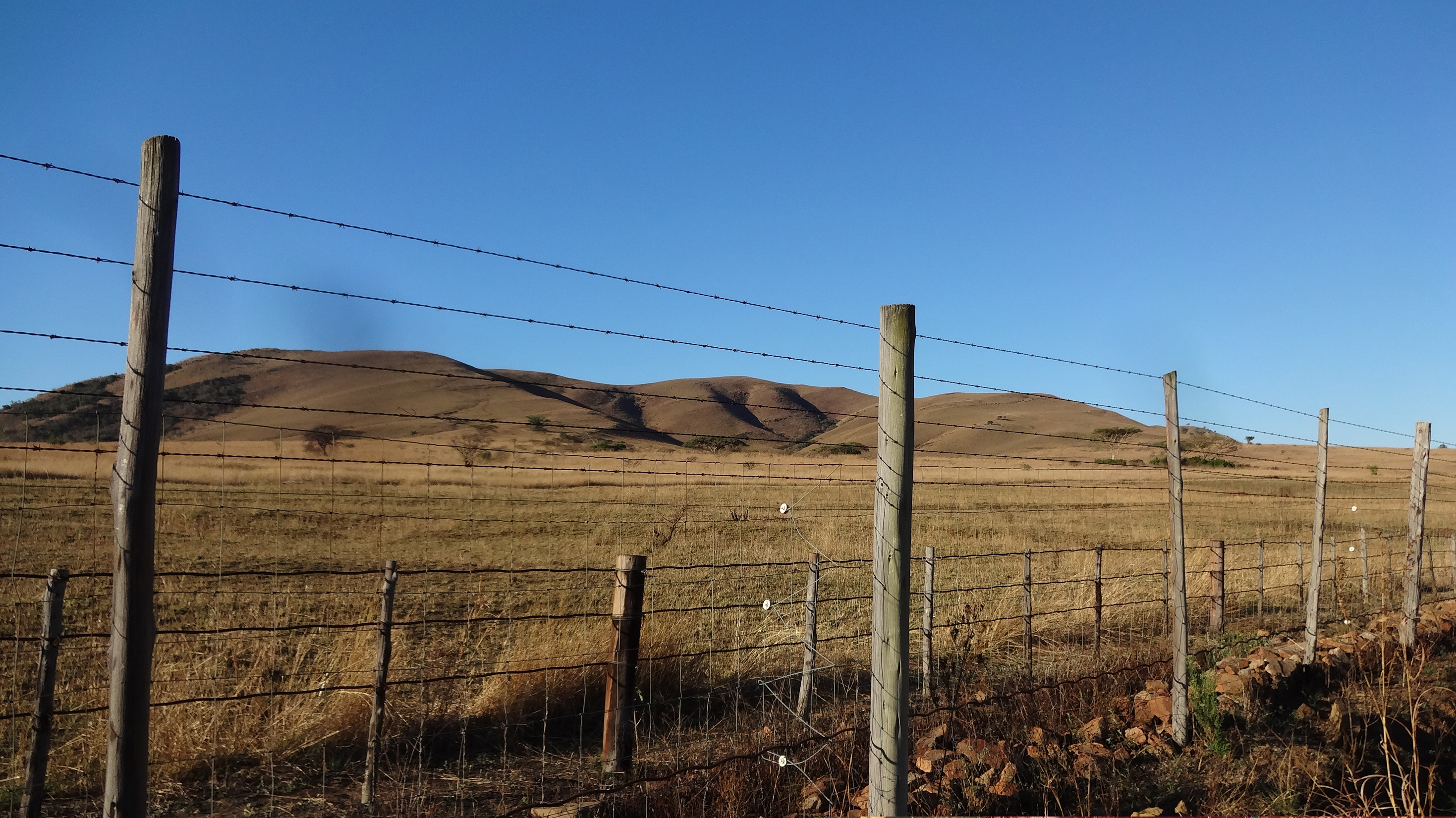 Time for another thrilling update!

Hey everyone, I hope you are all doing well. I am fine and despite the recent cold snap for a few days that came with some light rain, we are coming right back to the very warm and dry weather.

I actually got to spend a number of days in town at Izak’s parents house in Vryheid about two weeks ago. During that time they went to Pretoria for a few days so I was able to stay and watch over the place and get some much needed R&R. Even though I was confined to the house for the most part it was good to just sit around and do emails and watch movies with the front door open and the cool breeze blowing 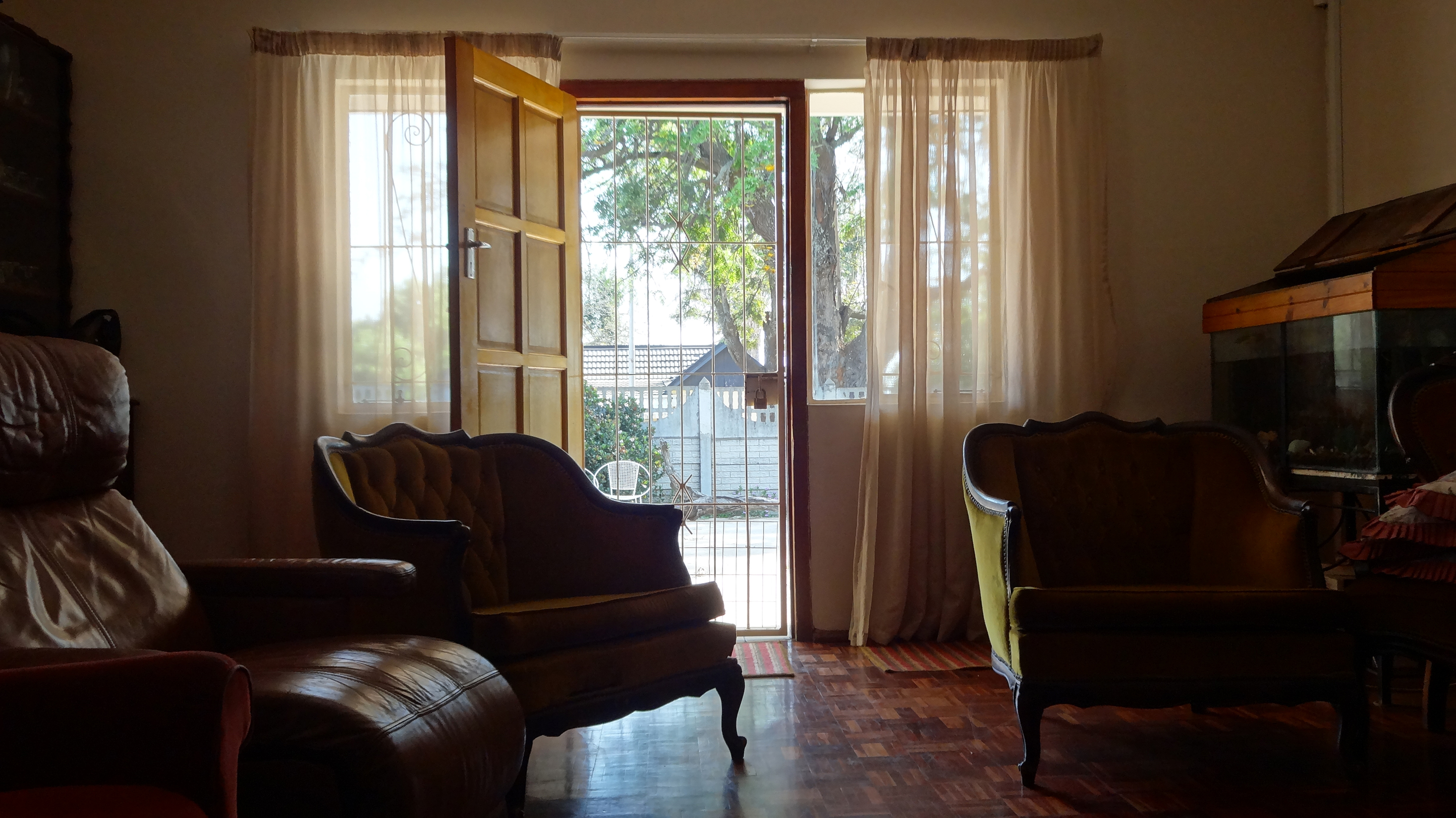 So getting back to my candy… by that I mean animals up for hunting. As I’ve previously mentioned the neighbor has a baboon problem amongst other problem animals eating/destroying his crops. There are also some bushbuck on the list. As far as we are aware there are two males and one female. Now I can tell you that I have had the female in my 300 win mag’s sights three times now, and even did a few mock trigger pulls on it while my mouth quietly whispered a *pkeeeww*. However, I have only seen one male and it was from a distance and only for a couple seconds while it ran through a gap in the bushes/trees but everyone says it’s a real monster. So I’ve put around six solid days of hunting in down there and I will continue to do more as I can. Fortunately October isn’t too busy here on the farm and I should be able to log many more days down there.

But check out a lil “hide” I made in some pine trees. I bent and snapped a few limbs and cut some smaller ones to make a nice lil hole looking out exactly where the bushbuck and other animals like to cross. 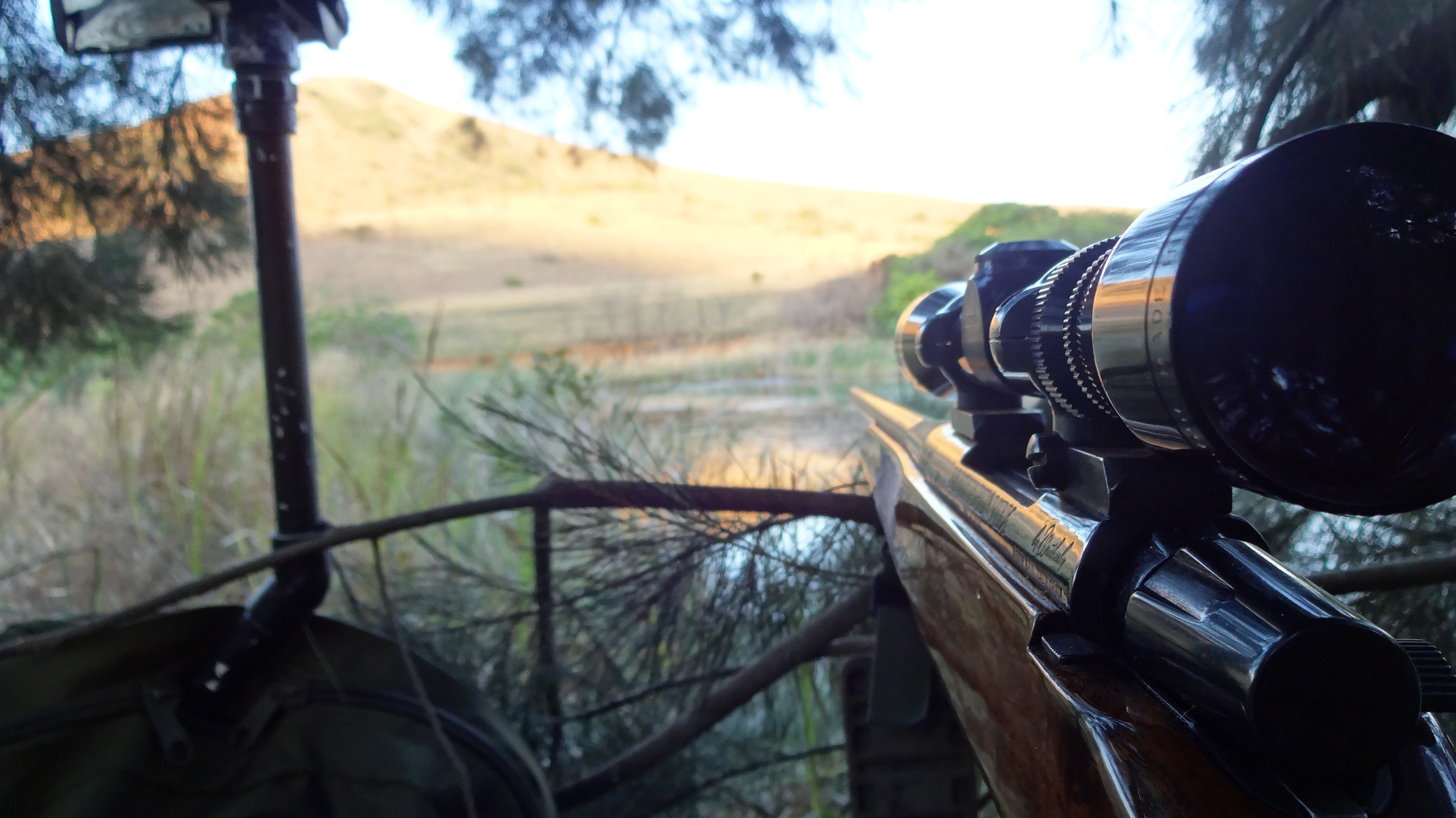 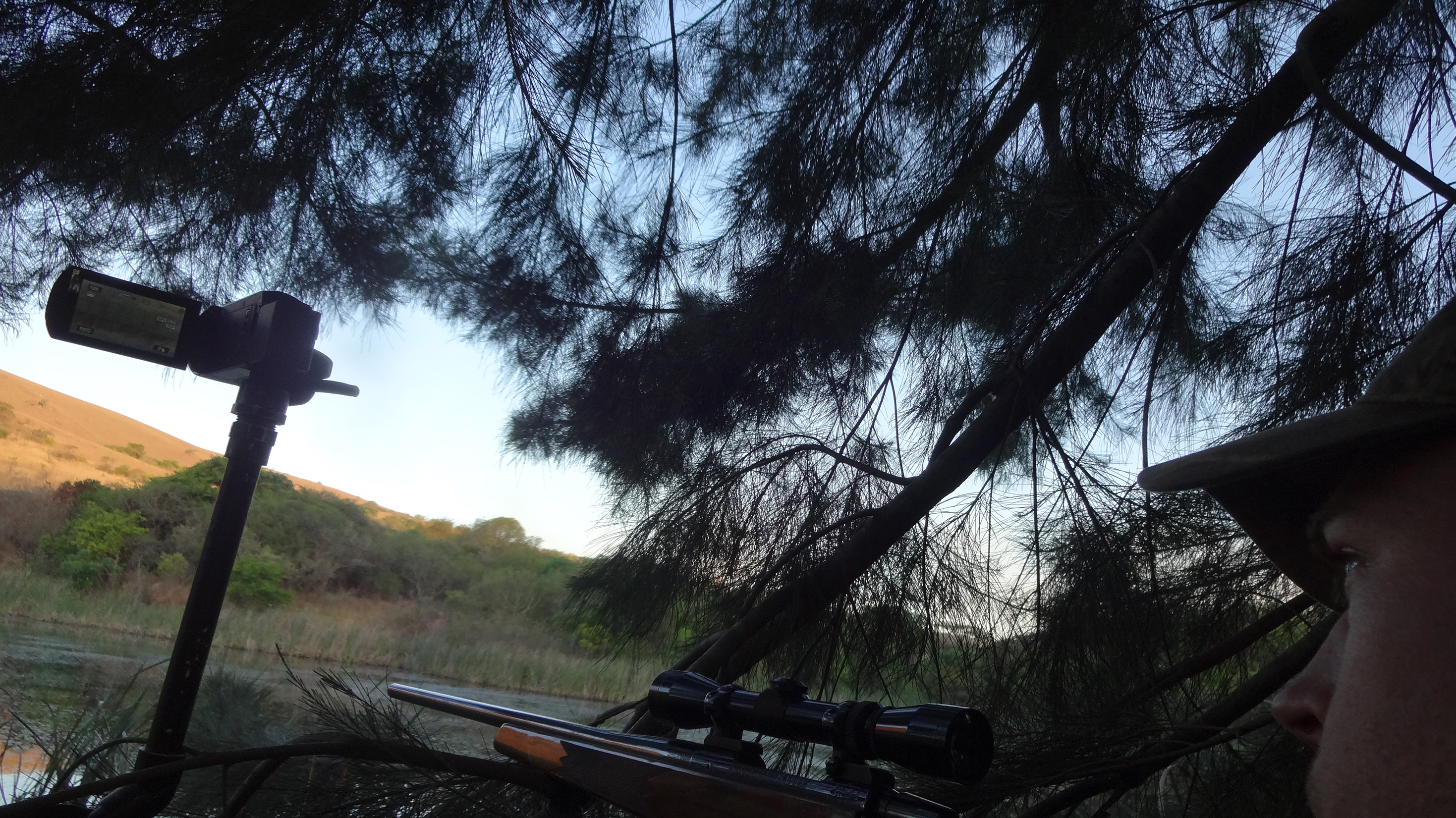 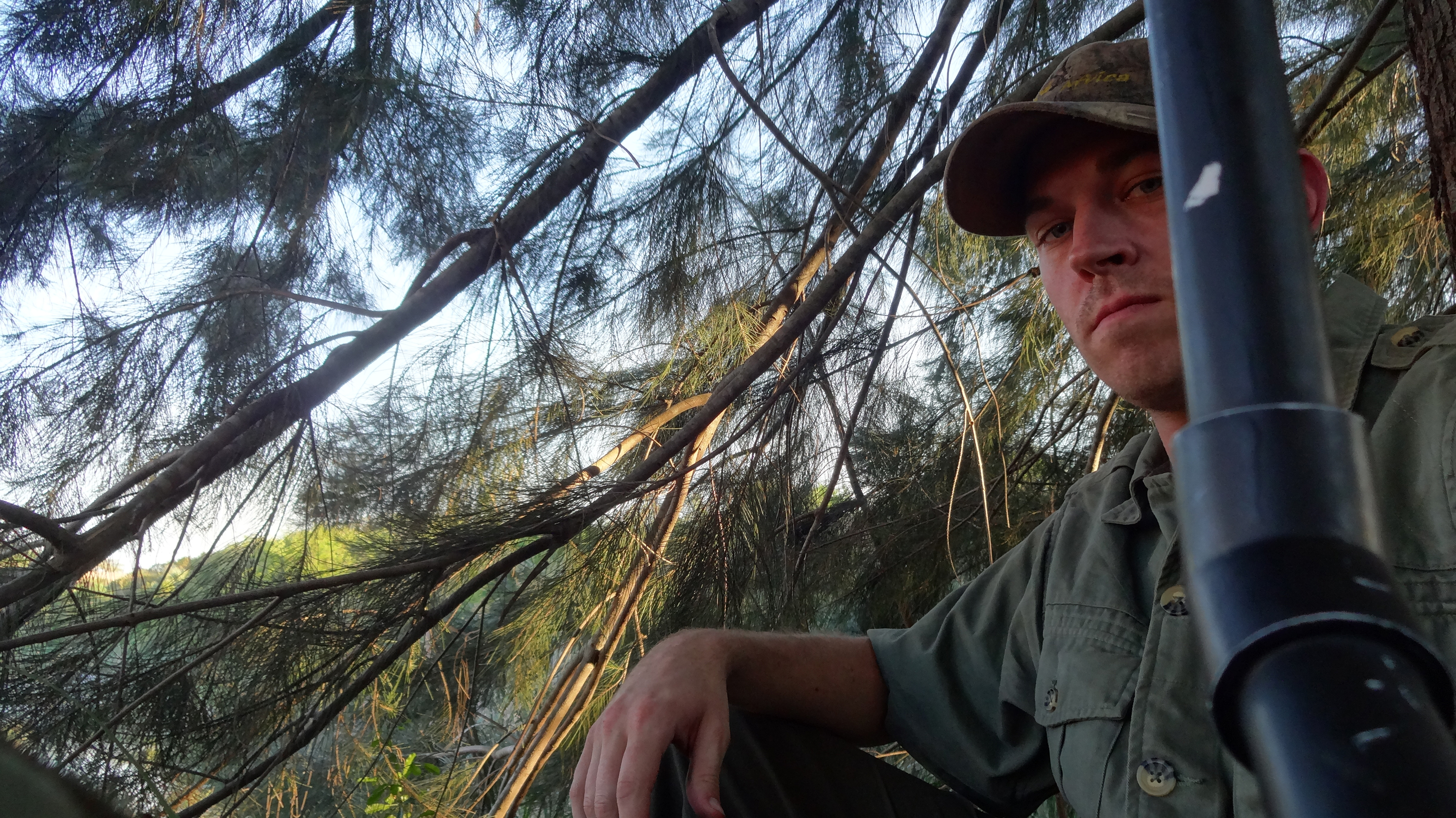 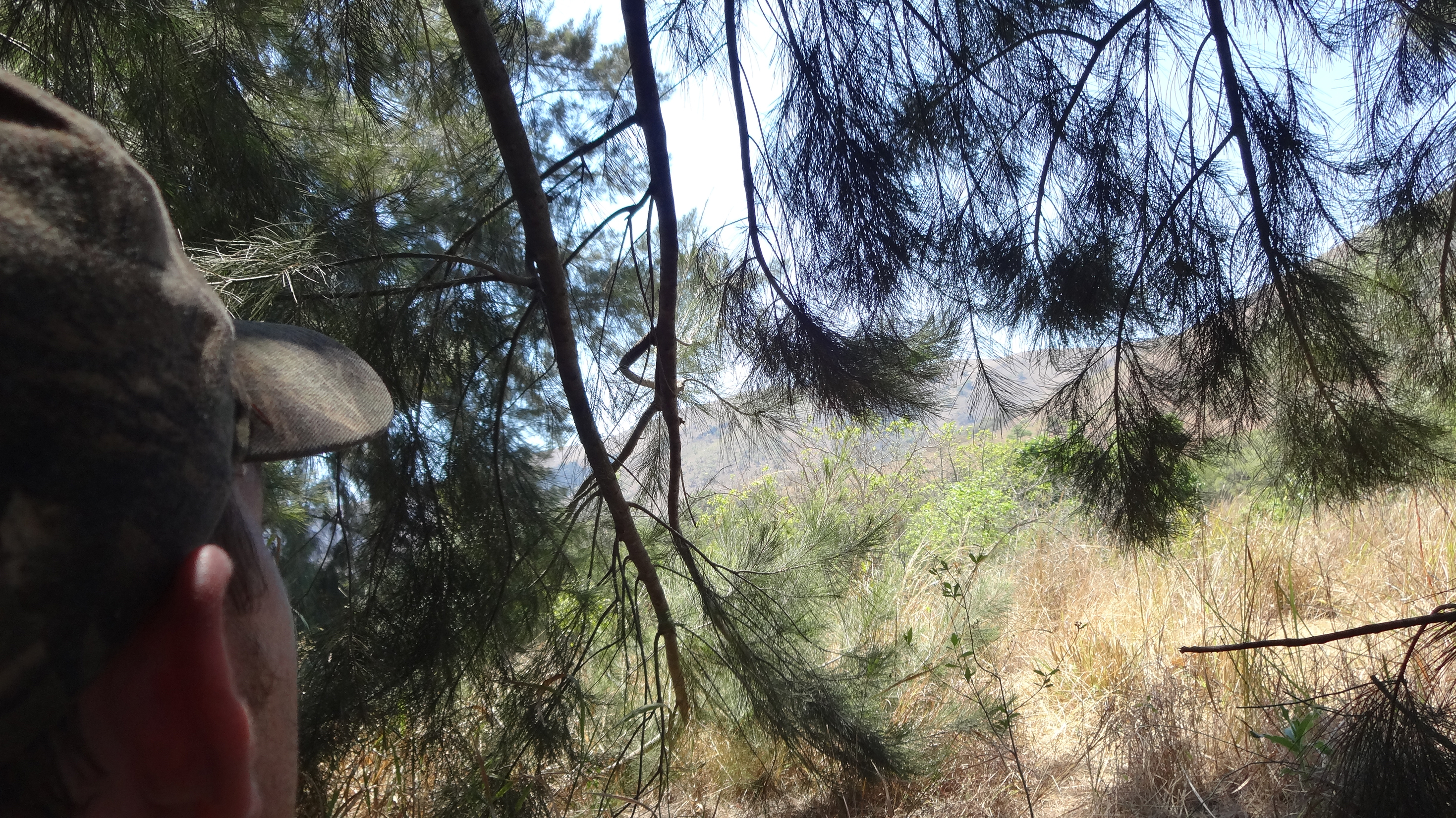 Sorry for the grimmace in the one pic, I was in hunting/serious mode haha. I’m actually planning on going out there in about an hour (3pm) just to beat the worst of the mid days heat. I’m really hoping I can catch a glimpse of him today and give him a niiiiice dirt-nap! Haha 🙂

As you can see from the pics though, I have a nice shady spot to relax in with a good branch for a rifle rest. If I take the shot, it’s probably about 115 yards away (rough guess). You’ll need to see some of the videos I’ve been taking to get a better idea of how it looks there but there is only a small strip of dirt between the water dam and the fence, so the animals on this side of the farm don’t have many other options of travel. This should be fairly simple… Famous last words lol.

The deal with the neighbor is that he just wants half the meat of anything I shoot. Which I almost cannot believe. I’m not entirely sure what the going rate on a bushbuck is but I’m fairly certain it’s one of the more expensive animals. Also they are a bit harder to hunt since they tend to stick to the REALLY thick dense bush and you usually only see them right around sun up or sun down.

While I’ve invested so much time sitting in that hide a few things have happened. I’ve been ambushed by donkeys, had a close run in with what looked something like a baby tree snake that was about 5 feet from me and finally I got some nice quick footage of some zebras over the fence in Ithala Game reserve hanging out in the wind.

As for the donkeys, I kept hearing this rustling and strange blunt animal noises I didn’t recognize over my right shoulder just across the water. There are some tall reeds over there so visibility was horrible. I would get tired of trying to see what it was to no avail and would just put my attention back to the bushbuck area. The noises continued until I couldn’t take it anymore. I had to break cover and find out what the heck that was. The rustling was too great I thought to myself, it must be some cool animal plowing through the vegatation over there. So I waited and watched, and kept my rifle ready… There! It’s getting closer and heading for that gap in the reeds! Now I’ll finally see what the heck this animal is… I raised my rifle to my shoulder and… $#!7!!! I cursed. DONKEYS!?!?!? You’ve got to be kidding me. That was what I broke cover and built up all that anticipation for!? *mumbles* – Lousy, stinkin donkeys. 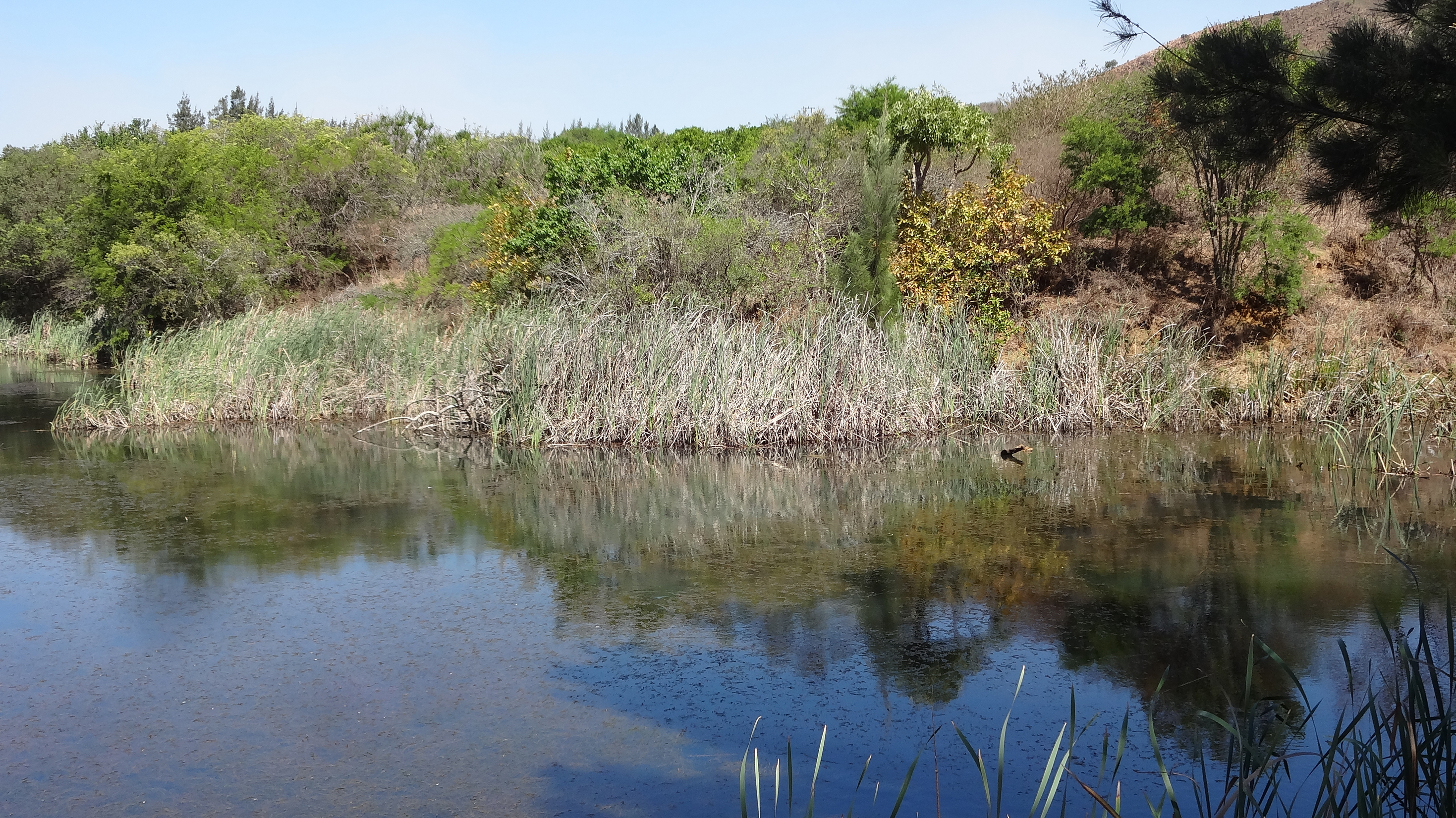 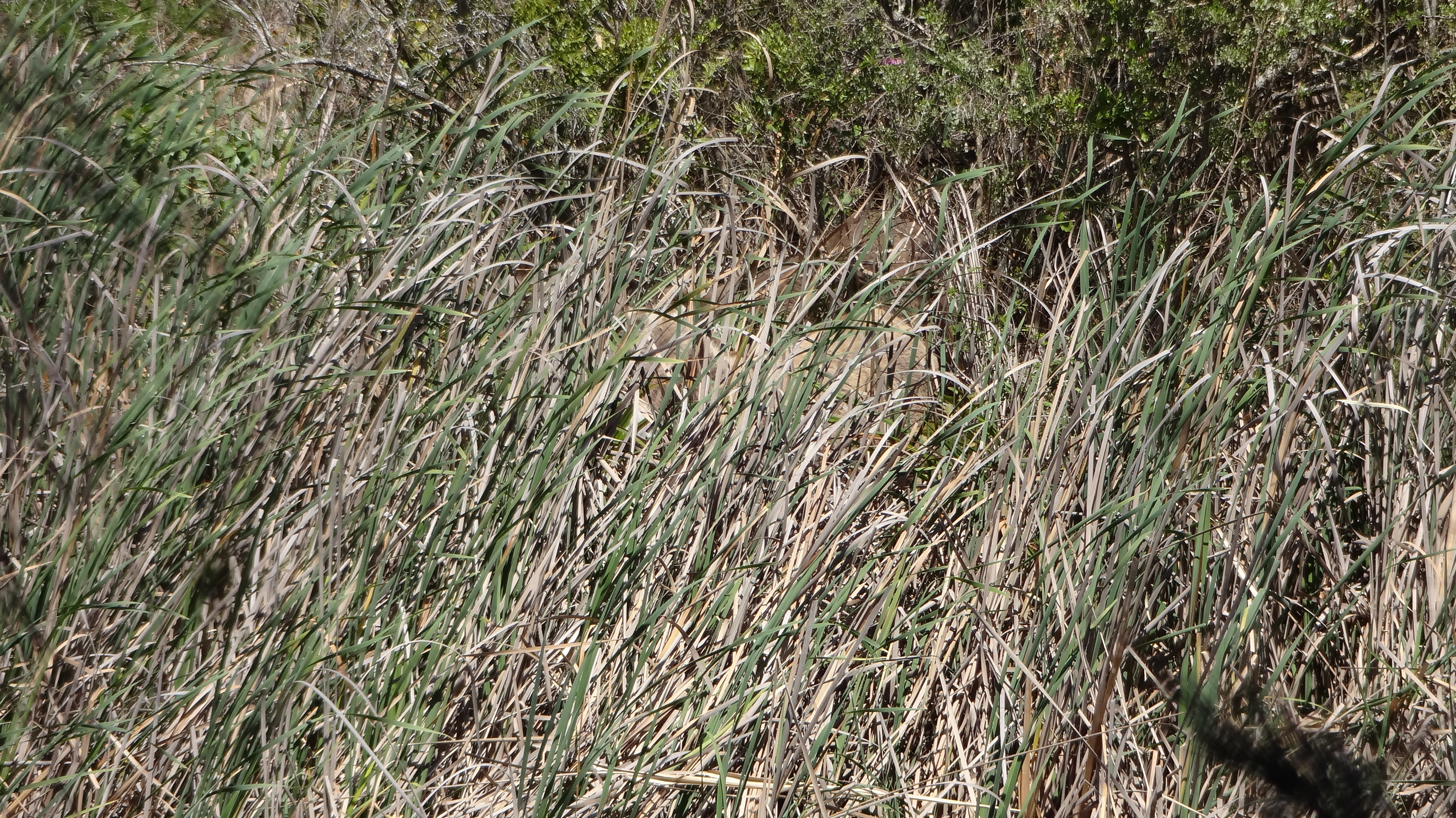 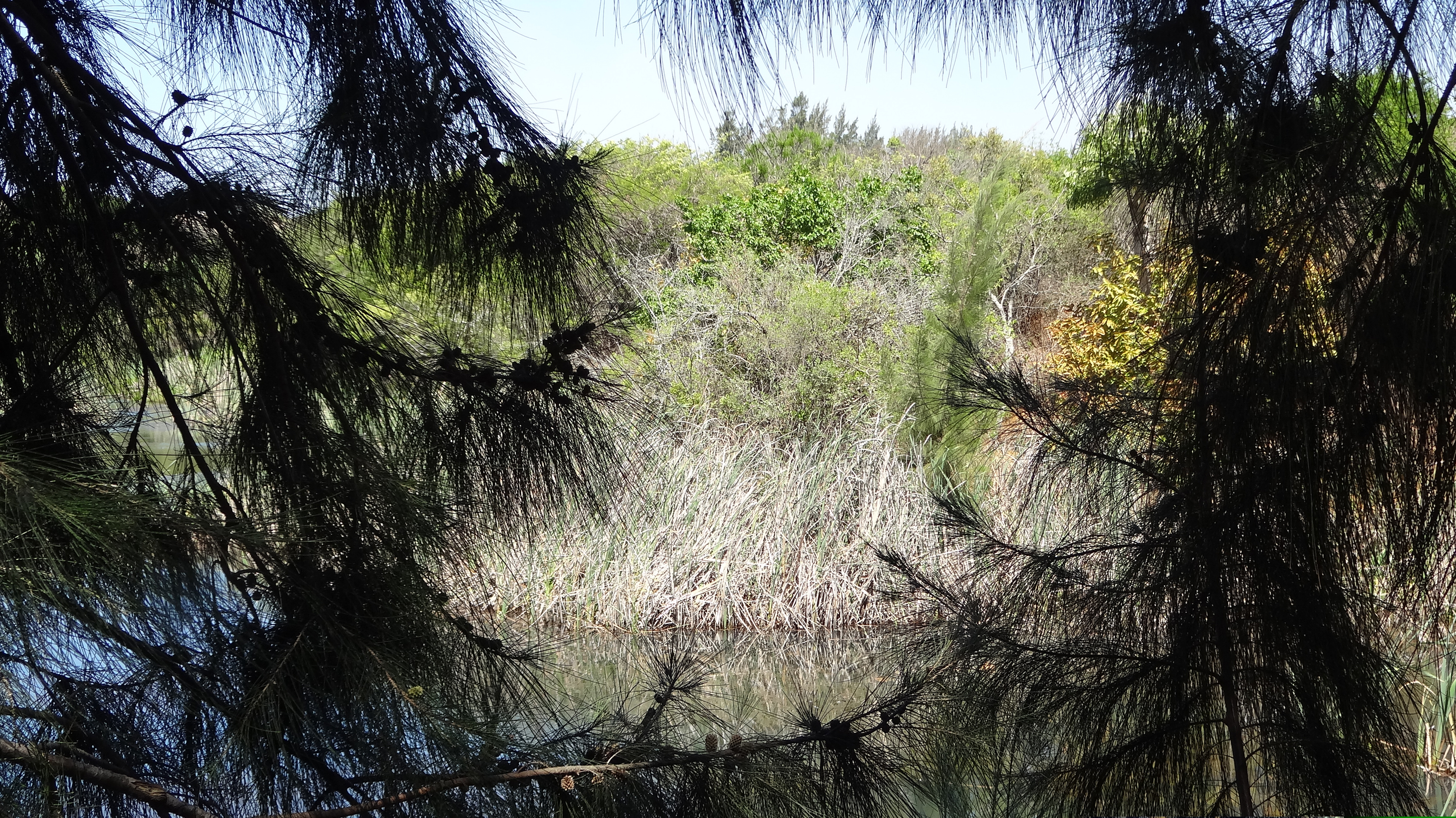 Then another time as I was actually taking a lil break in the mid-day heat, I lied back and was closing my eyes while the breeze washed over the many branches and reeds around me. Then I got a strange feeling and opened my eyes and just kind of peeked around a bit. And that’s when I noticed that baby green snake that was about 15 inches long and extremely thin winding across a branch that was going towards me. We both seemed to notice each other at the same time and froze. Several thoughts went through my mind in a split instant, but as soon as I started to get up it turned around and zipped away faster than I ever would have expected. He seemed a heck of a lot more afraid of me than me of him.

Seconds later I wished I would have had time to snap a photo of it, because that would have been great for this little short story, but unfortunately you’ll just have to use the photos above to help imagine it. I never saw him again but it made me think of two things. One, we are heading into snake season and the babies are beginning to hatch and roam around. Two, it’s amazing that sort of sixth sense we tend to have when someone is watching you or when something is wrong, or maybe when danger is near. I’ve learned to always trust my gut instincts, because they have NEVER let me down.

And finally, I leave you with *Drum Rolls* 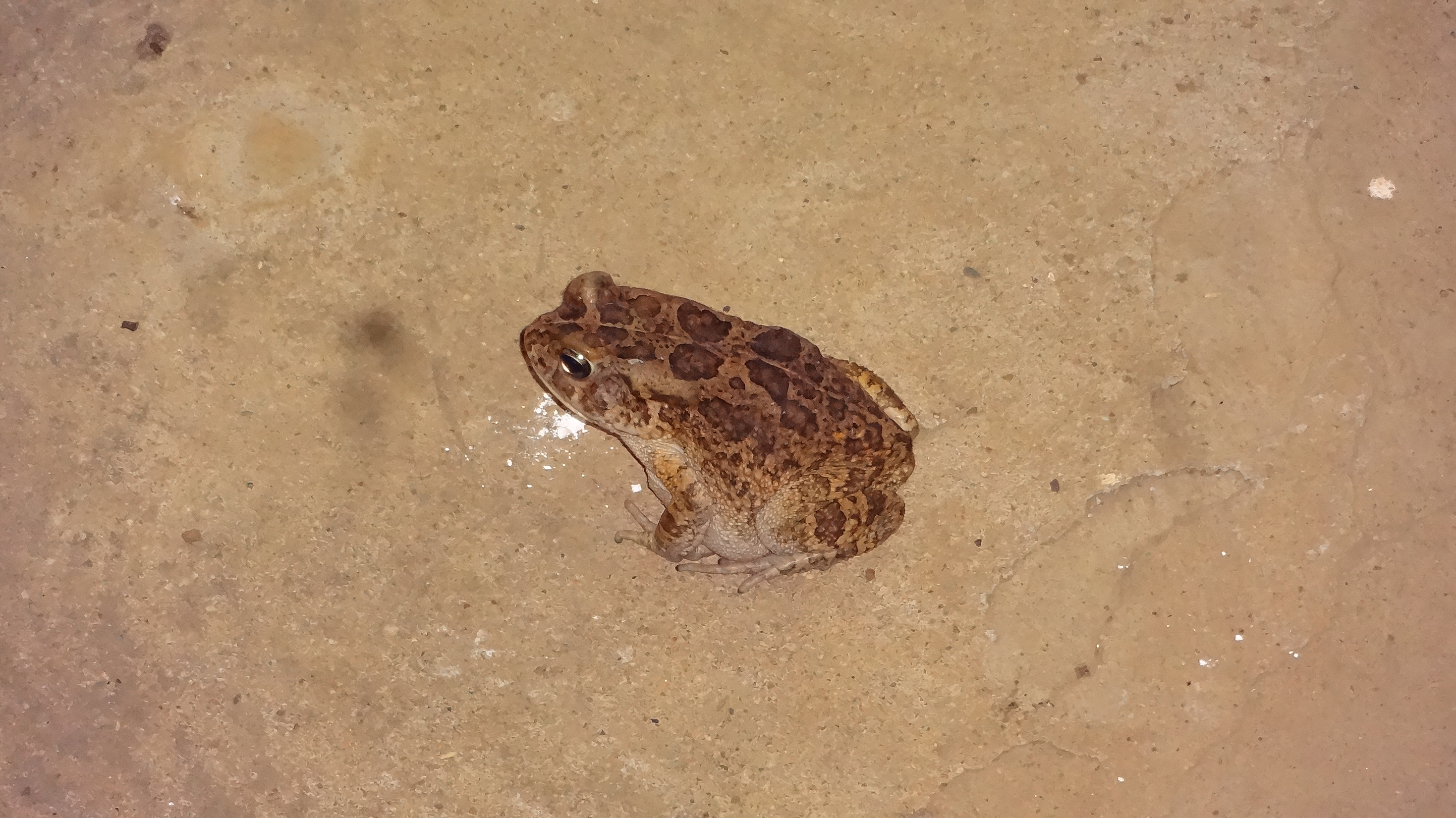